The canton of Vaud and its popular shores

Trends and features per region : Constantin our expert, speaks.

The Lake Geneva area is still very popular in the French speaking part of Switzerland for the search of high end residential properties. Indeed, the recent pandemic has challenged the lifestyle of many city dwellers. The desire to have more space, the quality of the place of life, the maintenance and the development of telecommuting made them understand that a need for space, nature and calm while keeping a proximity with the great road and railroad axes were essential to them.

Ideally located between Geneva and Bern, the canton of Vaud is the fourth largest in terms of size and is divided between town and country, between lakes and mountains. The charm of its nature and its gentle way of life make it a popular territory for those who seek wide open spaces while remaining connected to the world. The most prestigious private schools in the country are located here (École Hôtelière, Institut Le Rosey, Collège Alpin Beau-Soleil, Collège de Champittet, Aiglon College,...) but also renowned private clinics such as Genolier and Bois-Cerf. Here again, writers and composers spent their war years, while others settled here permanently. Land of wine and culture, technology startups and landscapes sublimated by Ferdinand Hodler, the canton of Vaud condenses the best that Switzerland has to offer.

The Lake Geneva region represents half of our current portfolio. The owners we work with represent the great and beautiful diversity of the canton of Vaud.

These data are averages and do not take into account lakefront properties.
Statistics SPG One SA 2022 © 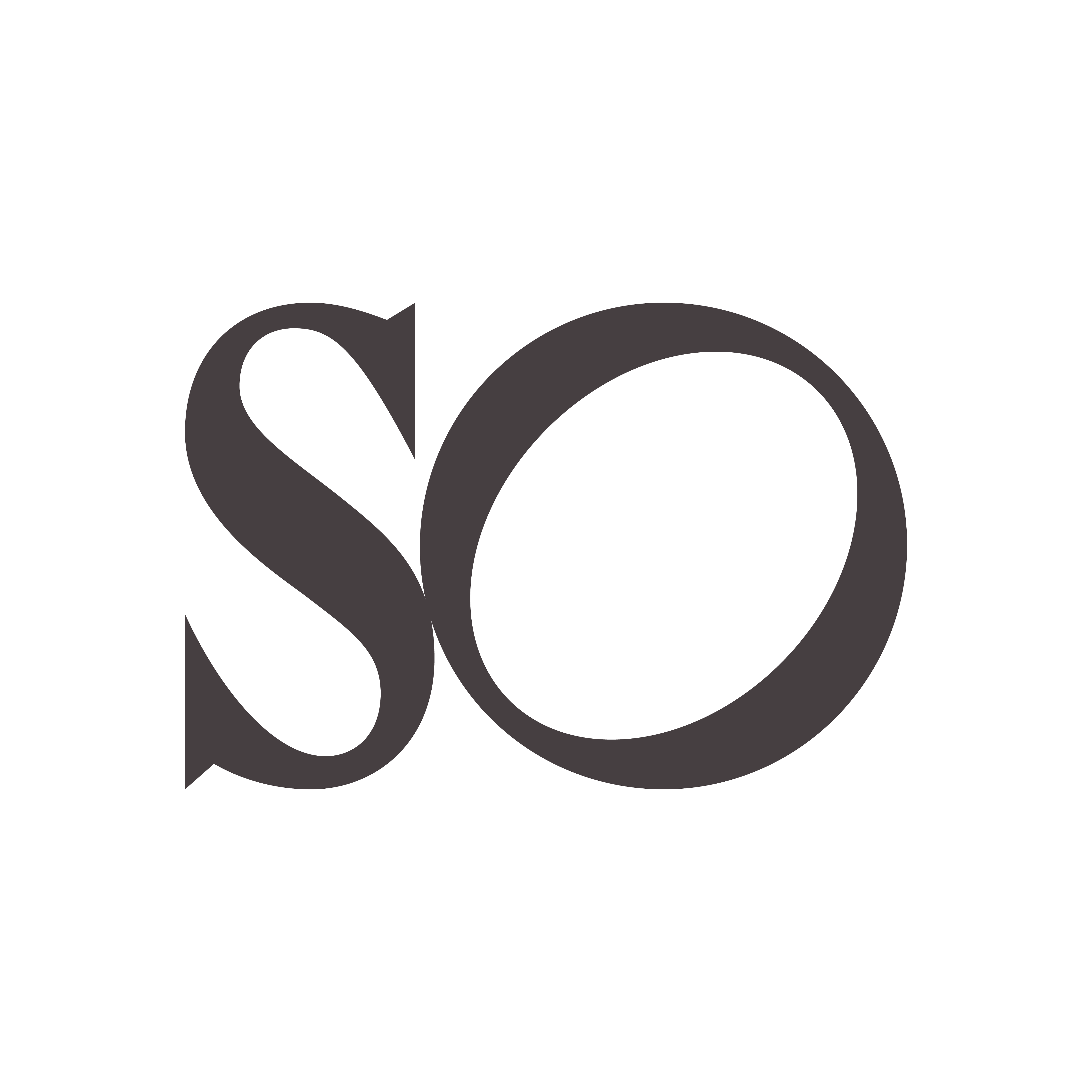 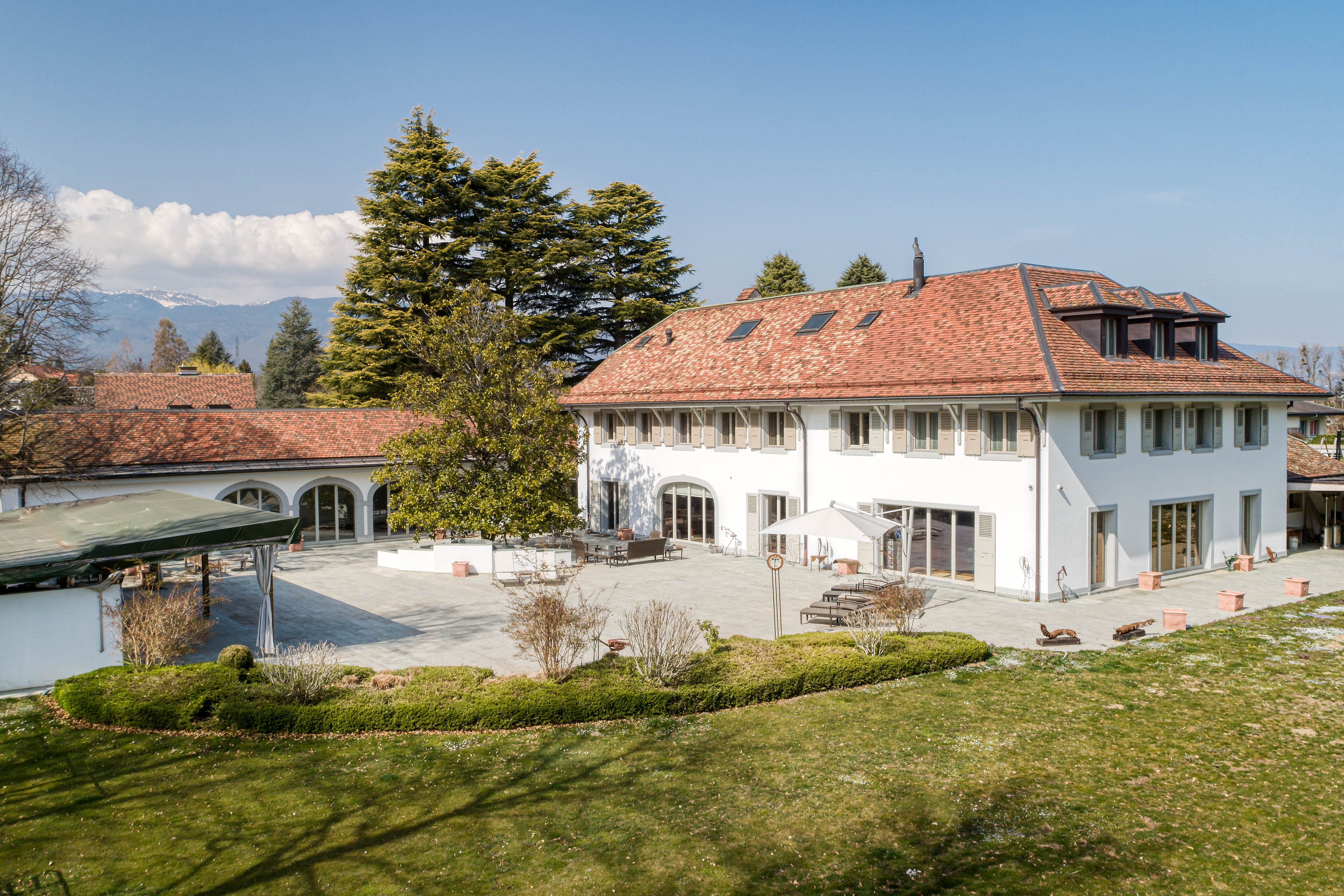 Family property in the heart of Crans-Prés-Céligny

This is the westernmost region of the canton of Vaud, bordering Geneva and stretching from Mies to Bogis-Bossey. A rural territory, Terre Sainte has managed to preserve the identity of its eight communes, despite a boom in individual construction in recent years. Its proximity to Geneva and the Cointrin Airport easily accessible by road and train, its heritage atmosphere and its cosy quietness, make this region a highly sought after haven of peace.

Constantin Solf: "Terre Sainte is a region that is very much in demand by our clients who want quick access to transportation to Geneva while still retaining a country feel. 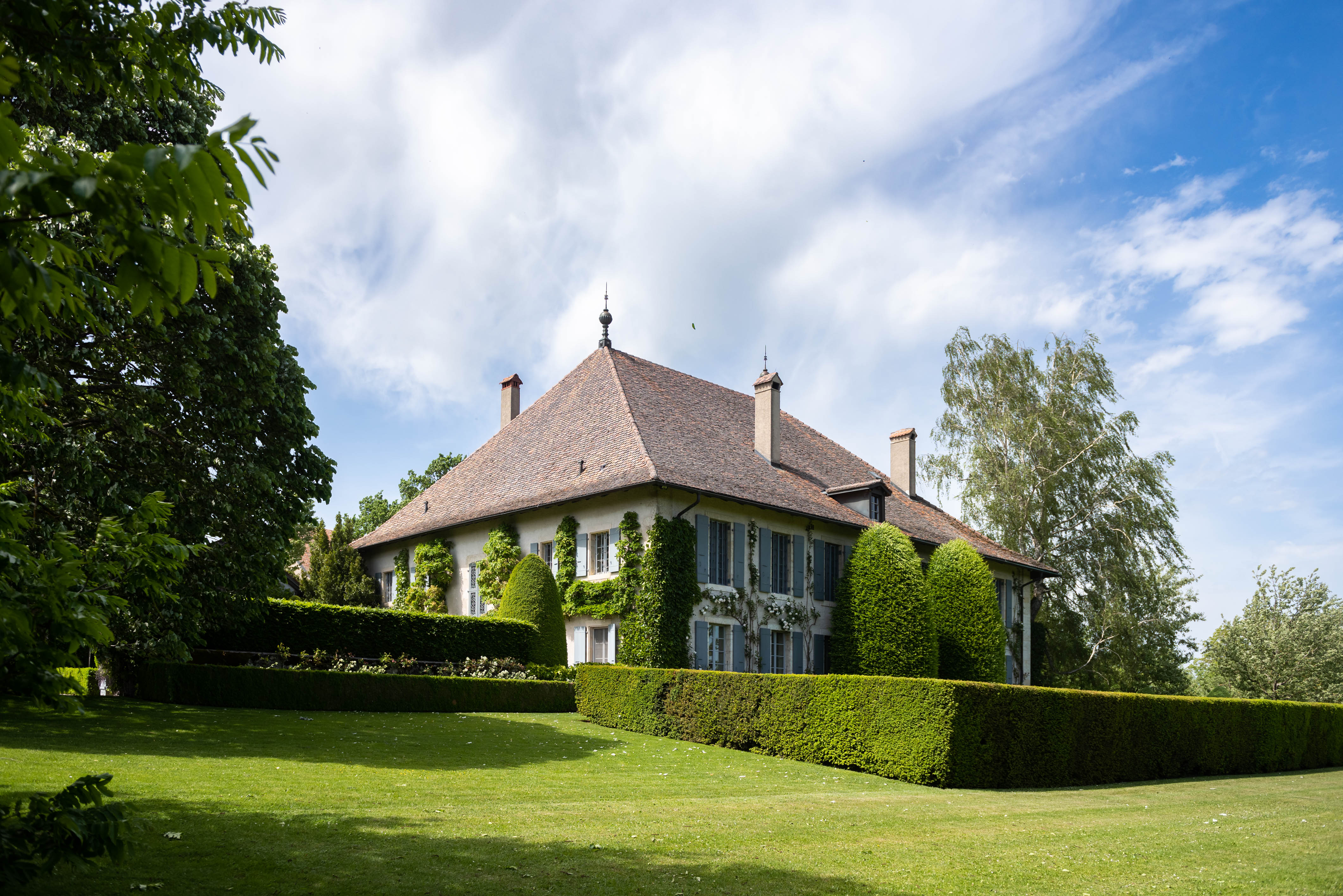 Historic domain in the Morges region

This region includes some important cities such as Nyon, Rolle and Morges. Its name evokes both its proximity to Lake Geneva which it borders, but also a vineyard, the largest in the canton and certified AOC. La Côte region extends to the Jura mountains, which offer themselves to hikers and skiers. La Côte, with its vintages, its splendid lakeside escapes, but also its UEFA headquarters as well as Le Rosey a prestigious private school whose concert hall in the shape of a flying saucer by architect Bernard Tschumi. Music again, but the music of today, which is played during the region's major cultural events: the Paléo Festival has been held here every summer for more than 45 years, Caribana for 32 years, and Visions du réel, for cinema, for 52 years. This ensures that La Côte region, halfway between Geneva and Lausanne, has an undeniable attraction for both tourists and real estate.

Constantin Solf: "La Côte is the most sought-after because it offers a breathtaking landscape thanks to the hilly terrain that offers a view of the lake and the Alps from almost every commune. Easy access to the highway to Geneva or the Valais and above all an exceptional lifestyle help create a peaceful and unique environment. The international schools attract many families with young children or older couples who are passionate about renovating old buildings. According to our statistics, the price per m2 in the communes of Vich and Dullier, for example, has increased from CHF 500 to at least CHF 700. Municipalities with access to the lake, such as Dully and Bursinel, have also seen a large increase in recent years. Large estates are located there and few of them come on the market, which creates a very strong demand and therefore prices that go up, as for example in the communes of Saint-Prex, Buchillon, Perroy or Allaman.” 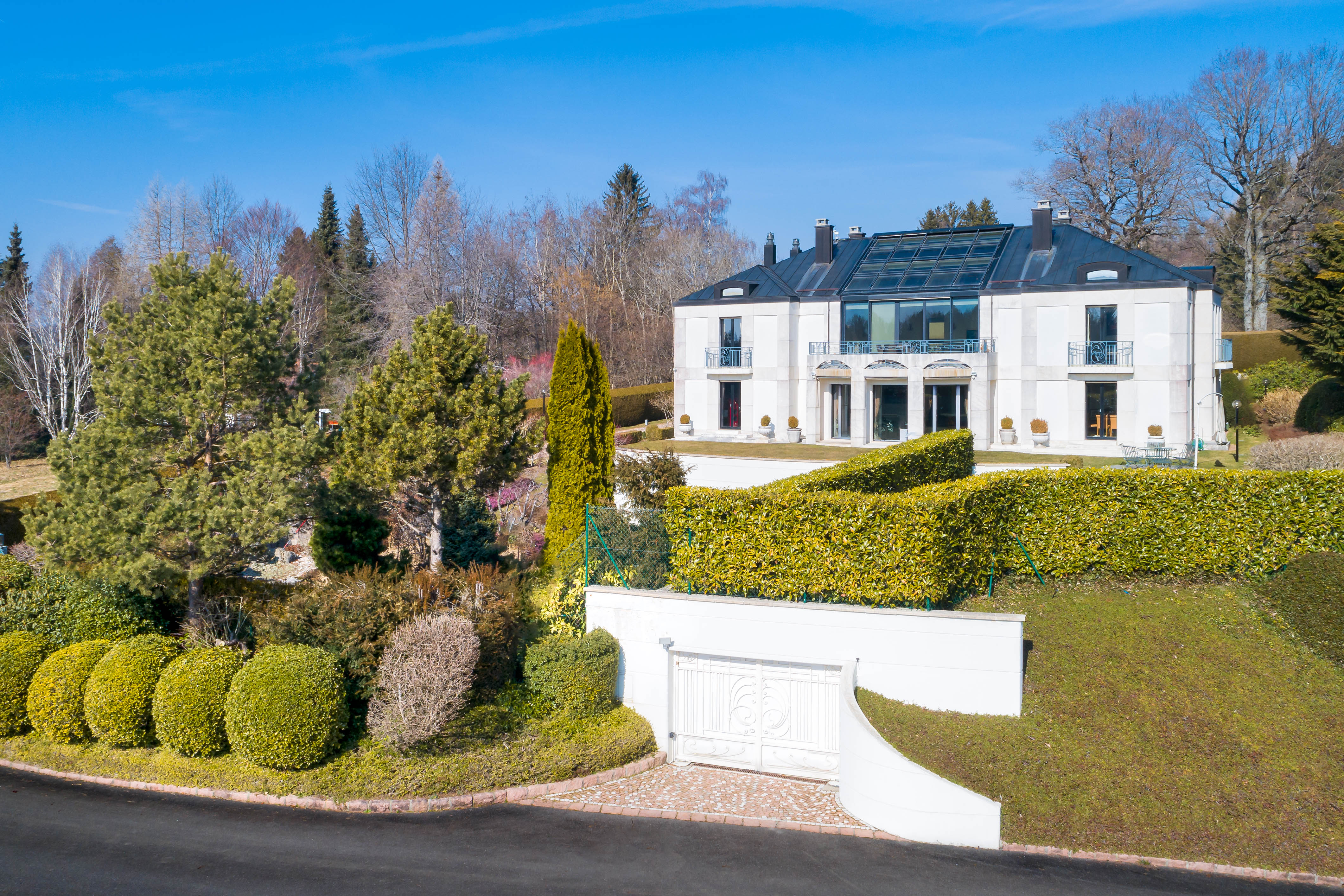 Property of Master located on the heights of Epalinges

The capital of the canton. Lausanne, the city that is on the rise, both literally and figuratively. Home to major multinationals (Philip Morris, Nespresso, Kudelski) and all the possible sports committees (with the Olympic Games in the lead, which has its own museum), it is also home to the prestigious École Hôtelière and the brand new Plateforme 10 museum district. But the Lausanne region is also a multitude of towns with very different charms: upstairs the countryside, downstairs life with feet in the water. Cully, Pully, Lutry, Paudex... postcard villages with breathtaking views of the sky reflecting in the waters of Lake Geneva and the clouds clinging to the Alps.

Constantin Solf: "The Lausanne region remains attractive thanks to its various economic and university centers. It attracts a clientele looking for private mansions or houses in residential areas. There are also very luxurious apartments on the lakefront in recent constructions.” 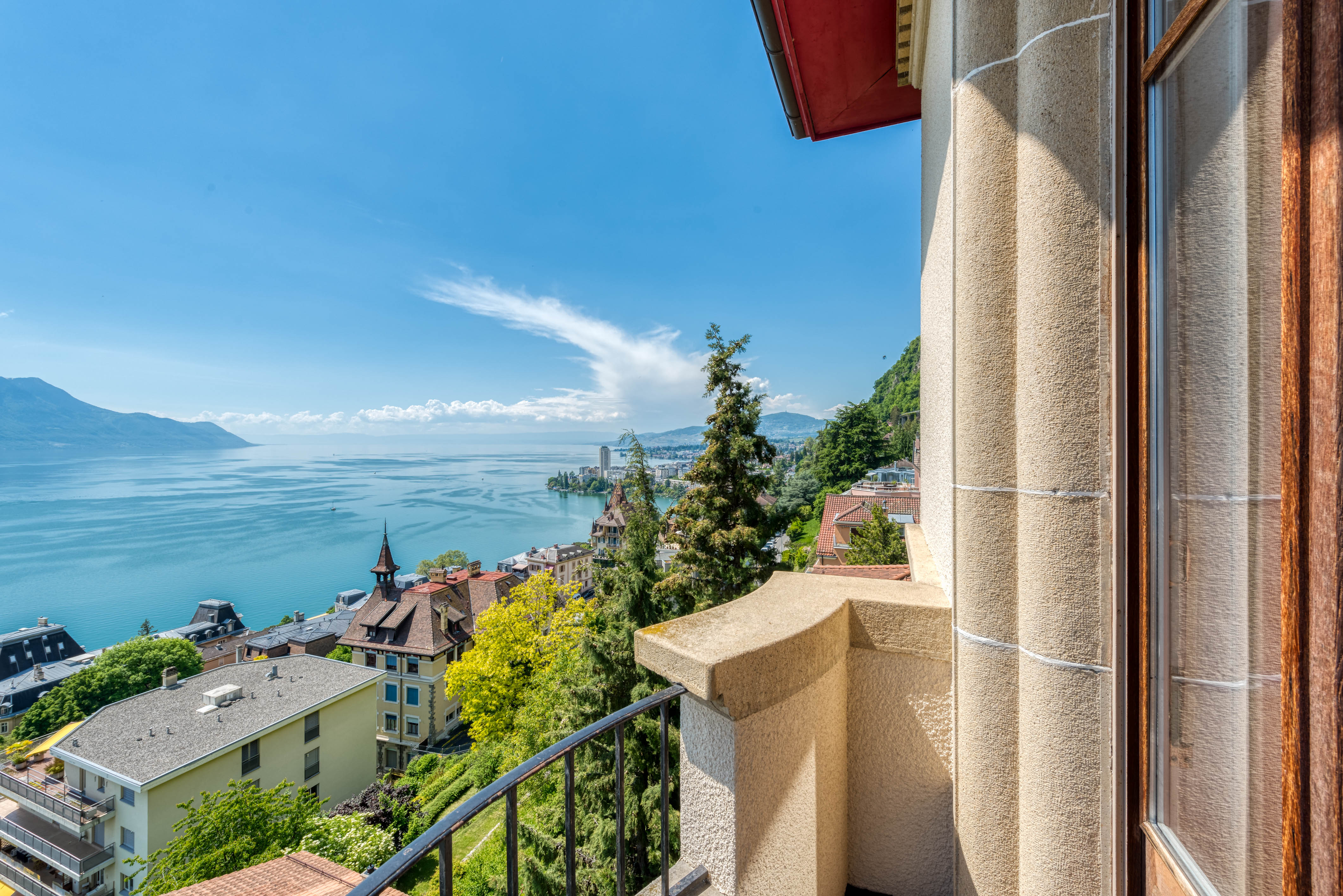 In the summer, it is almost as if you were on the "French Riviera". In this, the Riviera has not stolen its name. The region at the end of the lake, which includes Vevey, Montreux and Lavaux, is the pearl of the canton of Vaud. With its old-fashioned palaces, witnesses of the time when the city welcomed the rich travelers of the very beginning of tourism, the region breathes this quietude and chic. Wine country, the city hosts every 25 years the Fête des Vignerons, a grand celebration of the vineyard trades in the city of Montreux that also saw the birth of the multinational Nestlé and organizes every end of summer the Images Vevey exhibition devoted to contemporary photography.

A few kilometers away, the architecture of Montreux betrays a slightly more bourgeois spirit with its very rich 19th century buildings. The Montreux Jazz Festival has made the small town of Vaud shine everywhere in the world.

Just above, the vine-covered hillsides of Lavaux plunge into the lake. A certain idea of paradise that was declared a UNESCO World Heritage Site in 2007.

Constantin Solf: "The Riviera is one of the most prestigious holiday and relaxation destinations in Switzerland and Europe. Due to its history and its location 1 hour from Geneva airport, a large international clientele is buying property as the authorities allow the purchase of property by non-Swiss residents. An illustrious mix of old large properties from the middle of the 19th century, contemporary houses and prestigious apartments form, in addition to its tranquility, its microclimate and its environment between the lake and the mountains, a real independent real estate market. Our foreign clients, unable to invest in other regions on the shores of Lake Geneva, concentrate on the rare and coveted nuggets of the Riviera. Prices remain high and stable.

The blog SPG ONE